DISEASES OF THE FOOT 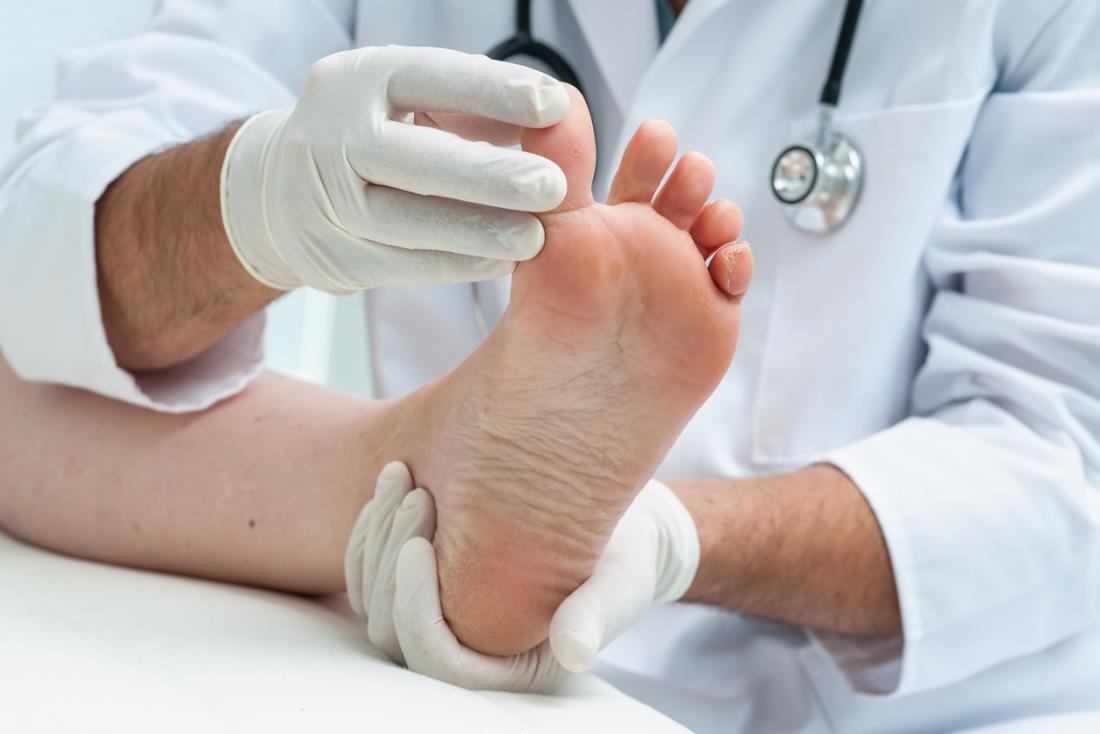 Arthritis is a disabling and occasionally crippling disease afflicting almost 40 million Americans. In some forms, it appears to be hereditary. While the prevalence of arthritis increases with age, all people from infancy to middle age are potential victims. People over 50 are the primary targets. Arthritis is an inflammation and swelling of the cartilage and lining of the joints, generally accompanied by an increase in the fluid in the joints. It is often a part of complex diseases that may involve more than 100 disorders. If the feet seem more susceptible to arthritis than other parts of the body, it is because each foot has 33 joints that can be afflicted, and there is no way to avoid the pain of the tremendous weight-bearing load on the feet. Arthritic feet can result in loss of mobility and independence, but that may be avoided with early diagnosis and proper medical care.

Osteoarthritis is the most common form of arthritis. It is frequently called degenerative joint disease or “wear and tear” arthritis. Aging usually brings on a breakdown in cartilage, and pain gets progressively more severe, although it can be relieved with rest. Dull, throbbing nighttime pain is characteristic, and it may be accompanied by muscle weakness or deterioration. Overweight people are particularly susceptible to osteoarthritis. The additional weight contributes to the deterioration of cartilage and the development of bone spurs. Rheumatoid arthritis is a major crippling disorder, and perhaps the most serious form of arthritis. It is a complex, chronic inflammatory group of diseases, often affecting more than a dozen smaller joints during its course, and frequently in both ankles, or the index fingers of both hands.

ARTHRITIS CAN BE TREATED IN MANY WAYS, INCLUDING:

There are many kinds of cancers of the foot; some take the form of cysts and lesions, while others are more widespread. Malignant melanoma is a skin cancer that is very curable if caught early. Although it makes up only 1 percent of skin cancers, malignant melanoma accounts for over 60 percent of skin cancer deaths. It is estimated that approximately 30% of melanomas occur in the lower extremities, and that 3% occur in the feet. Neoplastic disorders, usually called tumors, are the result of abnormal growth of tissue and may be benign or malignant. Osteochondromas are benign bone tumors under the toenail. They form in the bone beneath the toenail. An osteochrondroma accounts for about half of all benign bone tumors, occurring mostly in children and young adults. Unless they cause irritation to the surrounding tissue, they are generally not very painful. Sometimes, they can deform the toenail and cause an ingrown toenail. In some cases, they are removed surgically, but can recur even after the procedure. A plantar fibroma is a benign tissue tumor or growth on the plantar, or bottom surface of the foot. Unlike plantar warts, which grow on the skin, these grow deep inside on a thick fibrous band called the plantar fascia. When non-surgical measures for treating plantar fibromas, such as orthotics, have failed to provide adequate relief of symptoms, surgical removal is a reasonable option.

Freiberg’s Disease usually begins as a pain in the ball of a child’s foot; its onset is often linked to an injury to the growth plate of one of the long bones behind the toes called metatarsals. This disorder is most frequently seen in the adolescent between the ages of 13-15 years of age. It is three times as likely to occur in females as compared to males. The pain is a result of a loss of blood flow to the growth plate in the bone. Treatment consists of reducing pressure under the affected bone. This may consist of anything from using crutches to a custom insole for the shoe called an orthotic.

Gout (gouty arthritis) is a condition caused by a buildup of the salts of uric acid – a normal byproduct of the diet-in the joints. A single big toe joint is commonly the affected area, possibly because it is subject to so much pressure in walking; attacks of gouty arthritis are extremely painful, perhaps more so than any other form of arthritis. Men are much more likely to be afflicted than women. Some research suggests that diet heavy in red meat, rich sauces, shellfish, and brandy is popularly associated with gout. However, other protein compounds in foods such as lentils and beans may play a role. The main symptom of gout is waking up in the middle of the night with an acute throbbing pain in the big toe, which is swollen. Usually only one of the big toes is affected. The pain lasts for around three or four hours and will then subside and usually not return for a few months. It can be controlled by prescribed medications. The application of ice or cooling lotions will help during an acute phase. Specially-made shoes can sometimes relieve the pain associated with gout.

Kaposi’s Sarcoma is a cancerous lesion that can occur on the soles of the feet. The lesion is irregular in shape and has a purplish, reddish or bluish black appearance. Kaposi’s Sarcoma lesions tend to spread and form large plaques or become nodular. The nodular lesions have a firm rubbery appearance. The disease is usually associated with AIDS infection. It can occur without the concurrent AIDS infection, but this is very rare.

Kohler’s Disease is a spontaneous loss of blood supply to a particular bone in the foot. Treatments may include cast immobilization, reduced activities and foot orthotics or inserts.

Maffucci’s Syndrome is usually associated with a bony prominence under the toenail. Some form of injury or trauma to the toe results in the formation of the bony irregularity or prominence.

Ollier’s Disease is usually associated with a bony prominence under the toenail. Some form of injury or trauma to the toe results in the formation of the bony irregularity or prominence.

Raynaud’s Disease is a disorder that affects the feet. It is caused by contraction of the smooth muscles controlling the small arteries supplying circulation into the hands and feet. This contraction, or “vasospasm,” makes the arteries so small that they restrict blood flow. Exposure to cold temperature can often bring on a vasospasm. Raynaud’s Disease is most common in young women, and has no known cause. It typically is found in both feet and both hands.

Calcaneal apophysitis, or Sever’s disease, is an inflammation of the growth center of the heel bone, or calcaneus. Growing children are the usual victims of the disease, which is caused by trauma or injury to the growth center of the heel bone. Activities such as running, jumping, going barefoot, participating in sports such as basketball, soccer, baseball, and tennis may aggravate the condition. Once the foot stops growing and the growth center is closed, the painful condition goes away. Treatment includes calf muscle stretching exercises, heel cushions in the shoes, and/or anti-inflammatory medications. Consult your physician before taking any medications.